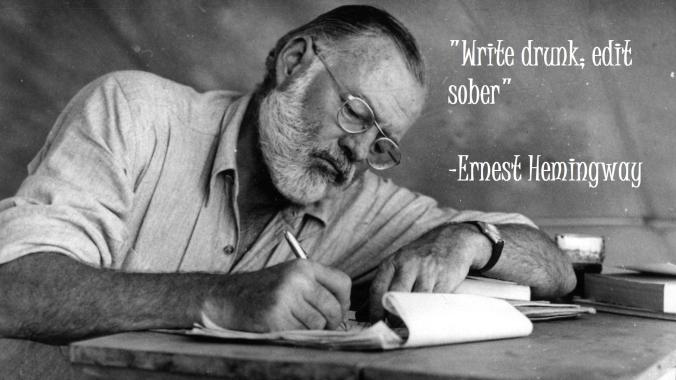 I sit with my fingertips poised over the keyboard waiting for divine intervention.  It is not forthcoming.  Divine or any other type of intervention does not seem imminent.  It’s not writer’s block.  I know it is not the accursed writer’s block because I’m writing this.  Right?  Okay, it’s writers block.

Since divine intervention is not coming to my aid, maybe I should be working out a deal with the devil.  I read about someone doing that and if memory serves, it didn’t work out well for the author.  Do they have Voodoo priestesses near my little bit of heaven?

It has been a month or more since I first decided to skip over Chapter Fifty-Two and go ahead and write the end of my historical novel. My thought was, “I’ll just come back to it.  It will come.”  It hasn’t.  Blank pages from an even blanker mind.

The yarn is not exactly a western unless you consider the setting is in western Louisiana during the later days of Reconstruction.  It was a “wild and wooly” time in our history on the Texas-Louisiana border.  There needs to be gunplay but for some reason my stalwart hero, Allen Kell, is having problems dispatching the villainous Amory Hache.  Can I write it without killing off Hache?  I want to kill off Hache.

I’ve tried my normal go-to.  Getting slightly bleary-eyed with a couple of Jack Daniels.  Jack seems to soften and unfocus my mind leading to unexpected breakthroughs. Being unfocused can be a good thing unless you are out driving around. The idea, I become unfocused, write what I need to write, and then edit out all the useless meanderings the next day.  “Write drunk, edit sober” but wait until the hangover subsides.

After editing out all my useless meanderings in Chapter Fifty-Two, I’m left with a blank page except for the heading…Chapter Fifty-Two.  I even went back and deleted the heading but to no avail.  IT seems I have wasted a perfectly good buzz.

As April ended and May began, I decided to put my novel down and pick someone else’s novel up.  Maybe I can get a trigger from someone who is actually good at writing.  Twelve read novels later I’m still waiting for the firing “pen” to fall on something other than an empty cylinder.

This past Sunday I suspended all reading, writing, and drinking for a Scify series on Amazon matching a series of novels I had read during my month of May reading blitz.  Ten hours later my bride was checking to see if I had a pulse.  Like a silver-gray alien hand, the series had grabbed my attention.  Wow, was that as bad as it sounds in my head?  Maybe I should rethink writing anything.

A reminder.  May is ALS Awareness Month.  Proceeds from purchases and downloads will be matched and donated to ALS research.  Don Miller’s author’s page may be accessed at https://www.amazon.com/Don-Miller/e/B018IT38GM?fbclid=IwAR3iBSWAqMGAmDe6L-iNMNwIituOo73IuMxudgo7jClvOl7dEjoqfcKEq50

The cute Voodoo Doll is from Learning Religions https://www.learnreligions.com/breaking-curses-or-hexes-2562588

Image of Hemingway with famous quote from PrawfsBlawg https://prawfsblawg.blogs.com/prawfsblawg/2018/03/write-drunk-edit-sober.html

4 thoughts on “The Curse of Chapter Fifty-Two”