I have a “thing” for old structures; old farmhouses, slab-sided barns or an aging general mercantile.  I grew up in and around them…like ghosts, they are only memories.  It is not the architecture they represent, but the history that speaks to me.  Old ghosts calling my name.

Decaying, hand-hewn structures…I just wonder about the hands that constructed them.  I feel the same way about fields of rusting cars covered in kudzu or the tools that once maintained them I find in antique shops or “high dollar” junkyards.  It’s about who drove the car, who repaired it…it’s about the history…about the ghosts. 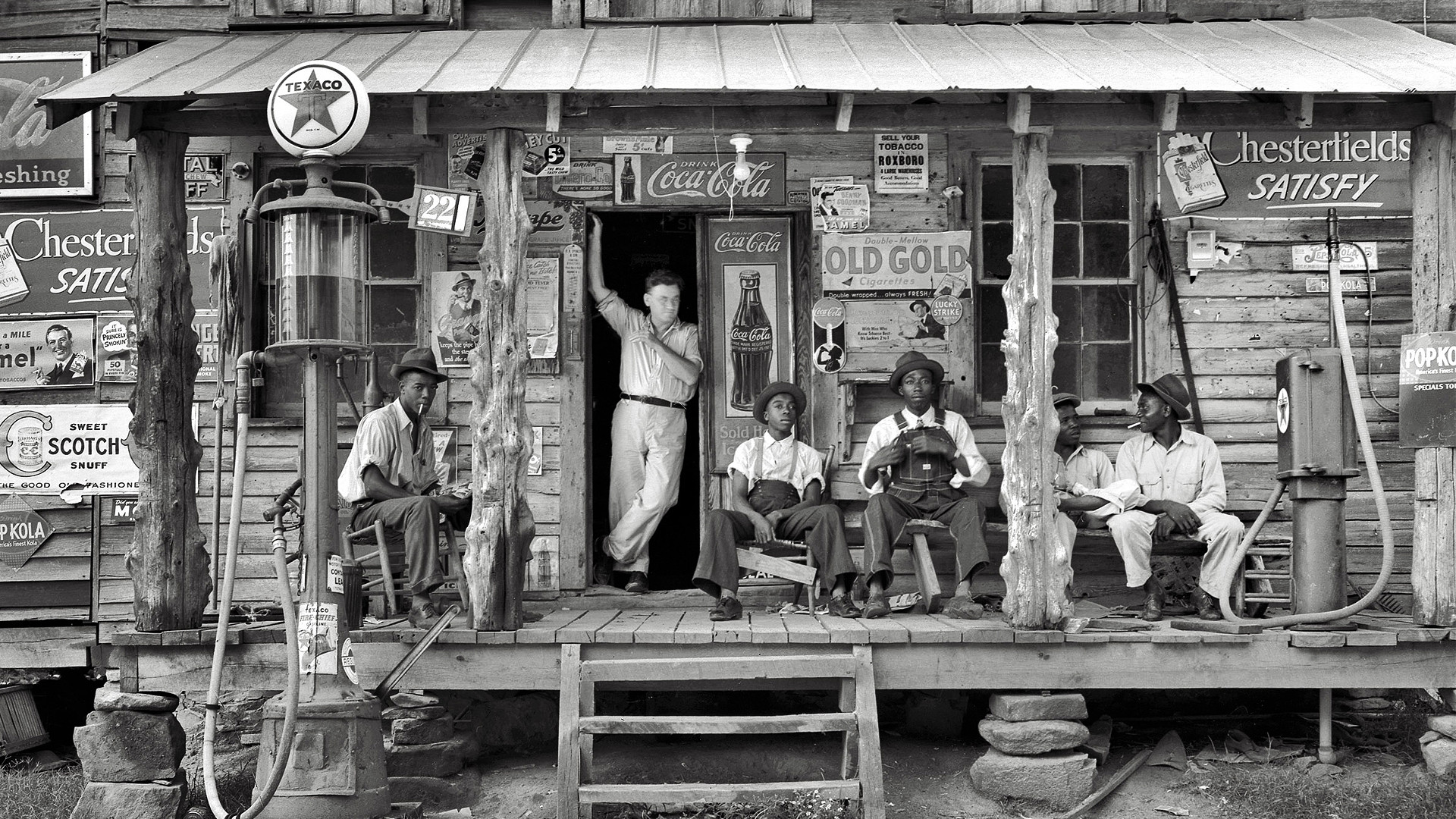 I first saw this photograph while researching lesson plans on the depression.  The black and white Dorothea Lange photograph whispered softly to me for some reason.  It was titled, “Country store on a dirt road. Sunday afternoon. July 1939. Gordonton, North Carolina.”

The structure spoke to me, but the ghosts were quiet.  My eyes were drawn to the old metal signs advertising different brands of cigarettes, Coca-Cola, the “Sweet Scotch Snuff.”  I listened to the Texaco gas and kerosene pumps, rough cut and unfinished lumber, a long porch gallery supported by stacked stones.  Cedar trees stripped of limbs used as porch columns and roof rafters that aren’t quite plumb.  I “heard” it, rather than “heard” them.

What I “heard” changed when I discovered the colorized version by Jordan J. Lloyd.  It drew my attention to the men and their ghosts spoke to me.  It became about the people instead of the structure.

The picture is described as “A lazy Sunday afternoon on a country road.”  Five black men relaxing on a “workless” Sunday with the brother of the white owner leaning in the doorway.  Smiles to go around as stories were told…embellished for listening enjoyment I’m quite sure.  The ghosts spoke but I am hard of hearing and I don’t really know their voices.  But I can research and create.

The colors are vivid…as vivid as khaki and denim can be.  Overalls over a white shirt, rolled up shirt sleeves and pant’s legs.  Dusty, beat up shoes and brogans.  Sweat stained fedoras and baseball caps pushed back on heads.  A “dope” drained to the last drop and the aroma of fine Virginia tobacco wafting in the breeze, “mildness with no unpleasant aftertaste.”

July 1939 in the South…in North Carolina…in the cotton belt.  The depression had been ongoing for ten years and would continue until the soaring production of World War Two finally buried it.  Farmers had been steamrolled by the depression as early as 1920 while boll weevils ate their fill and cotton prices dropping as low as five cents a pound….  Ever pick cotton?  I have.  A pound of cotton is a lot of picking for a nickel and boll weevils wiped out as much as eighty percent of cotton crops during the Twenties.

The depression was particularly hard on people of color in the South.  Many, only sixty or seventy years removed from slavery, found themselves forced into a type of pseudo-slavery, sharecropping and tenant farming…except many poor whites found themselves paddling in the same boat.  The difference? Post-slavery Jim Crow segregation.  As bad as things are, at least you “ain’t colored.” Separate and “unequal.”

Except maybe on “A lazy Sunday afternoon on a country road.”  I smile.  I see four men of color reacting to something said by the fifth man on the left while the white man is slow to get the point or at least react.  A slow smile coming to his face.  Men gathering to shoot the bull on their day of rest.  The simple enjoyment of not having to be someplace…not having to work your fingers to the bone for someone else’s profit. 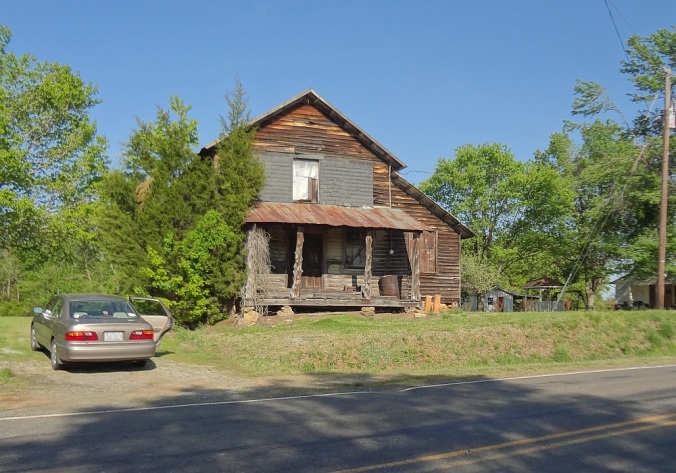 The old store on a dusty, country road still exists.  The road is now paved and the store is no longer open which for me seems a shame.  Boarded up and abandoned, I wonder if the ghosts still gather on the porch, talking of days past and the hard times they endured.  Seeing it closed I am sad for them…and for me.

The first photo is by Dorothea Lang.

The colorized photo is by Jordan J. Lloyd

The last photo was made by Wayne Jacobs.

For more musings go to https://www.amazon.com/Don-Miller/e/B018IT38GM